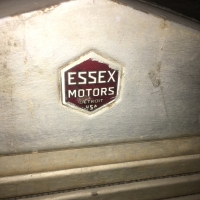 chammond Posts: 5Member
December 2021 in Vehicles
Hello I was looking for information on a vehicle that from memory was a 1919 Essex roadster 4cyl and thought this might be a good place to start. Is there anyone with any knowledge of Essex this early?