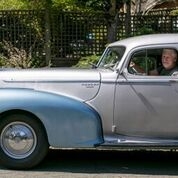 devin Posts: 7Member
March 23 in The Flathead Forum
Greetings, I'm receiving a 308 long block soon and will be swapping all the parts from my cracked motor. While I have access, I thought I would swap out the existing rear main seal with a Mopar?? one. Can anyone clarify which one for me and if this is a good idea. Thank you.