[Deleted User] Posts: 0
September 2019 in "How To" - Skills, mechanical and other wise
Did some preliminary research on power steering for Hudsons, and fell down the internet tube rabbit hole.  It appears Hudson opted for a servo assist system, which allowed the manual steering box to be used, along with existing Center Point Steering geometry.  Assist was via hydraulic cylinder, along with a servo valve which "sensed" input from the driver through the steering box.  The photo is from a recently sold setup here on the Forum: 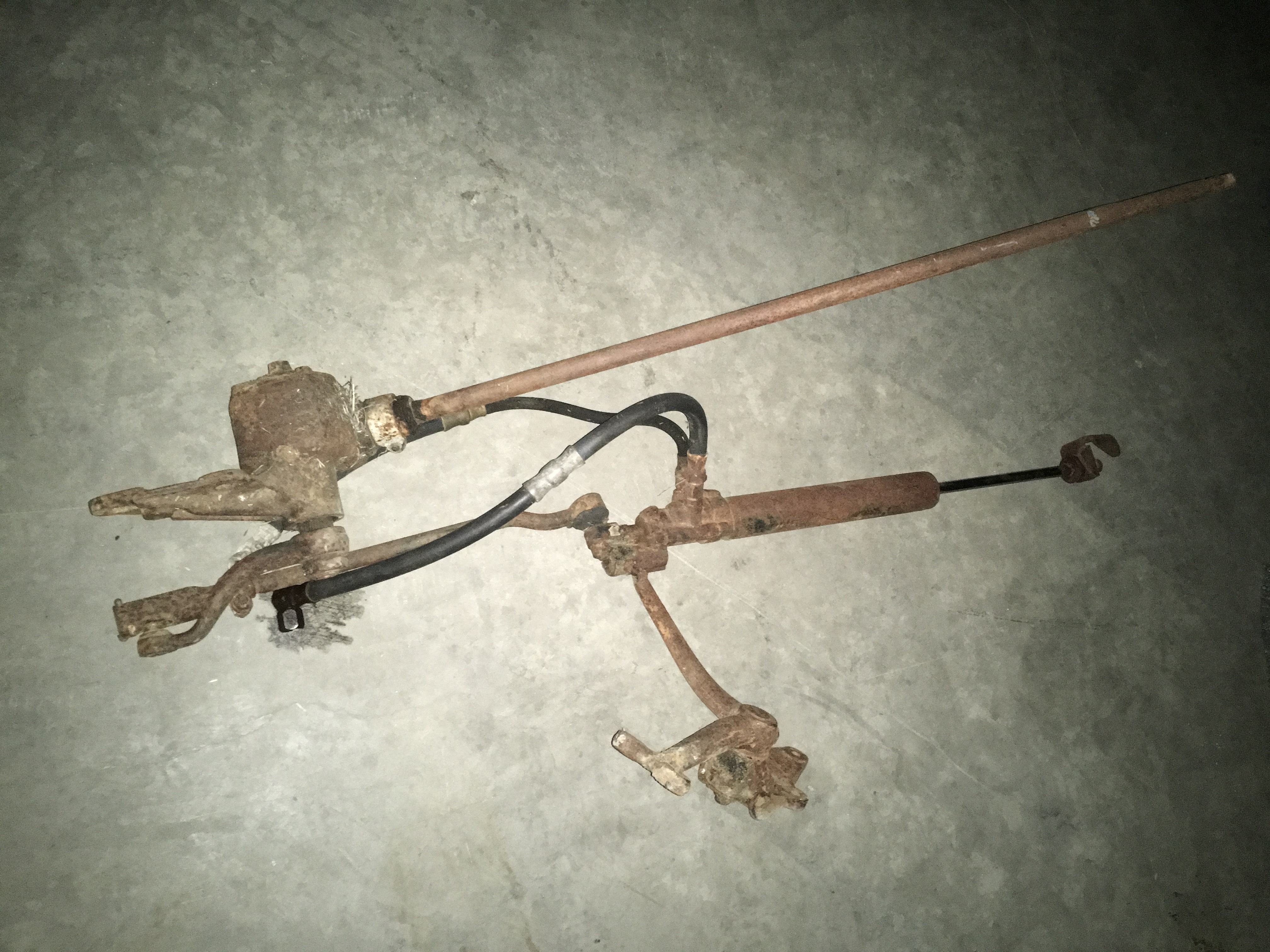 Note the servo valve, which mounts on the drag link, is missing in this photo.

I realize this is old stuff to most HET members and folks on this forum, but maybe the next paragraphs and photos aren't.

Ford used an similar system for power steering, and introduced it at the same time as Hudson.  The way things work in Detroit is vendors develop new products and systems at the behest of a manufacturer, and the vendor then sells said product/system to other manufacturers.  I suspect the servo system was originally developed for Ford and then sold to Hudson after the fact, as I believe Ford first had it in 1953 and it didn't show up on Hudsons until 1954.  In the Ford system, the assist cylinder and servo valve are part of the center link:

When  I restore a vehicle, I try to make it so that any modification I make to the car can be undone by the next caretaker.  I had a fairly highly modified, stock appearing car about 15 years ago which I sold to a friend - along with all the bits I'd taken off.  He didn't desire such a wild ride, so he detuned it and re-mounted a bunch of the things I'd given him.  So here's the thing - the cylinders and servo valves are widely available in the aftermarket, as Ford made millions of vehicles with this system. 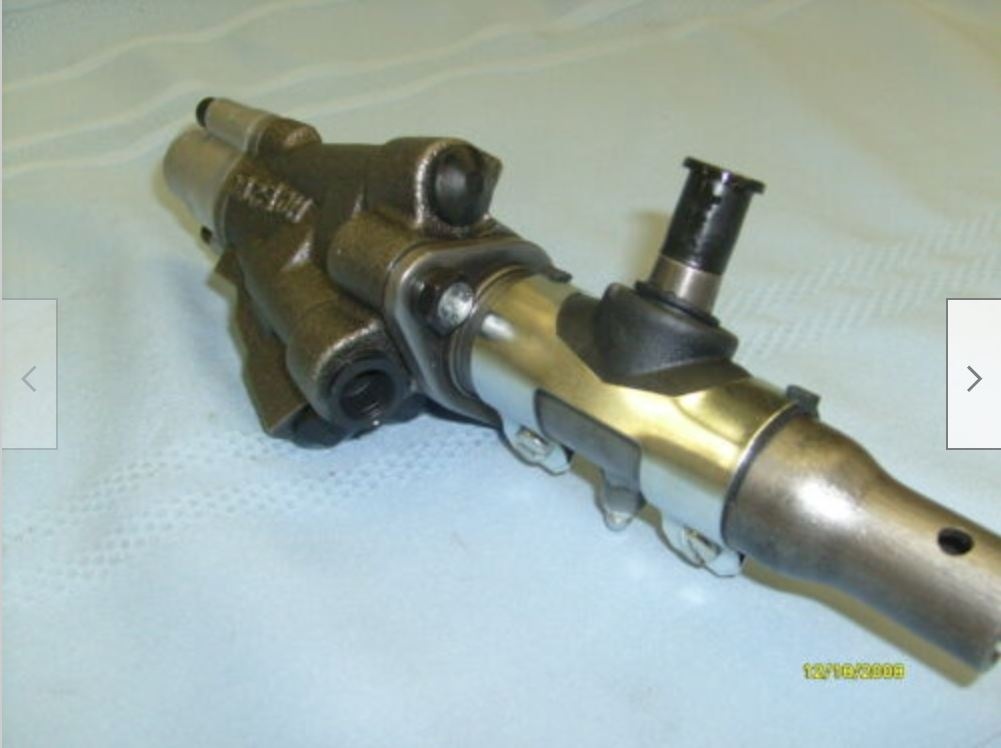 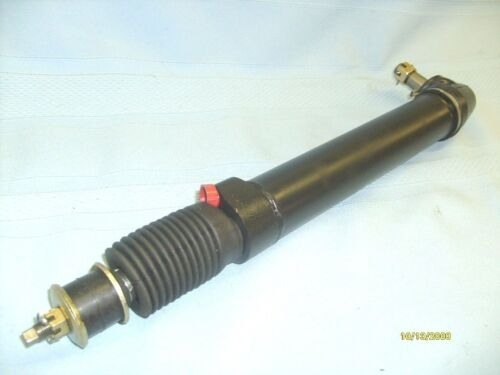 The trick to adapting these new components is a modified drag link.  I believe it possible to use an existing center link from a Brand X vehicle , cut off one end and cut threads to attach the servo valve.  The cylinder would be a few inches off from an original mounting point, but this is either a couple of new holes in the subframe rail or the welding of a mounting bracket. 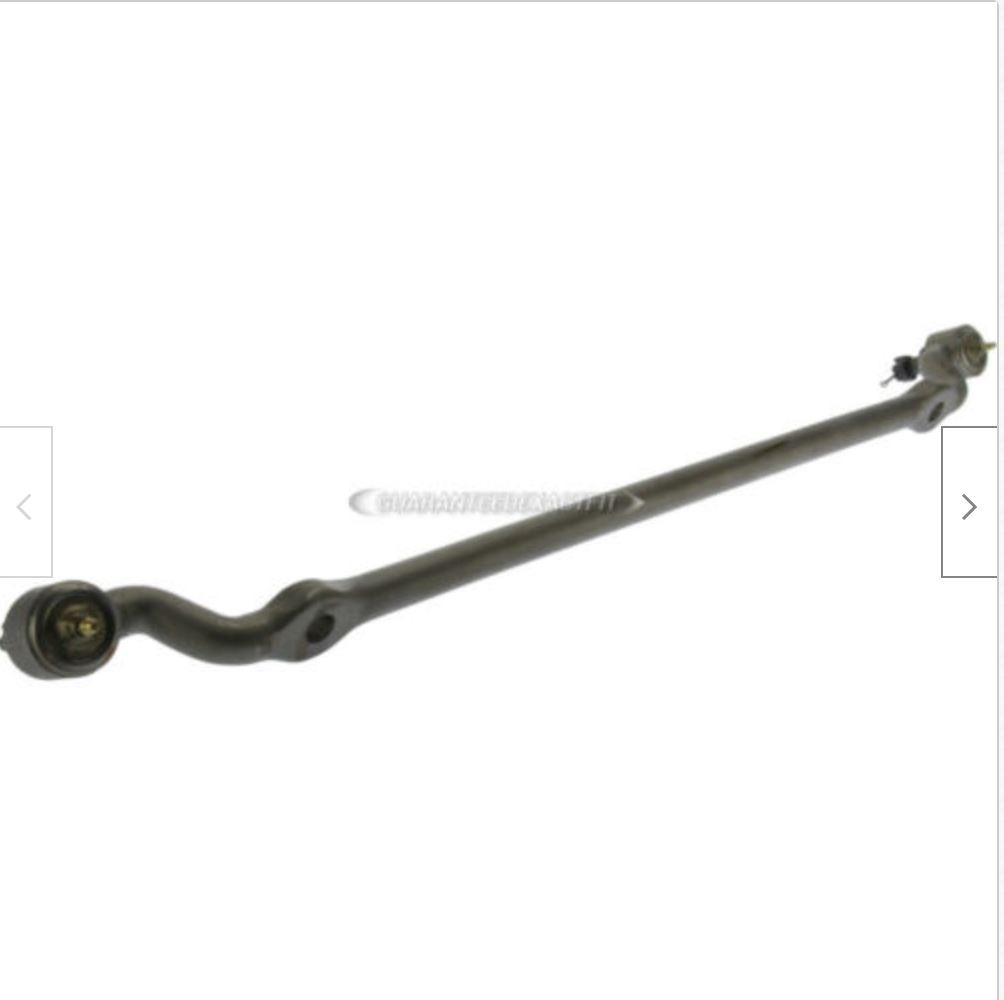 Adjustments to the center link geometry to make it acceptable for use in the application can be achieved by heating and bending the arm in a press.  The cost for the materials above is in the $400-$600 range. not including hydraulic hoses.

The part that is difficult to replicate is the power steering pump.  The early Vickers pump is fairly unique. 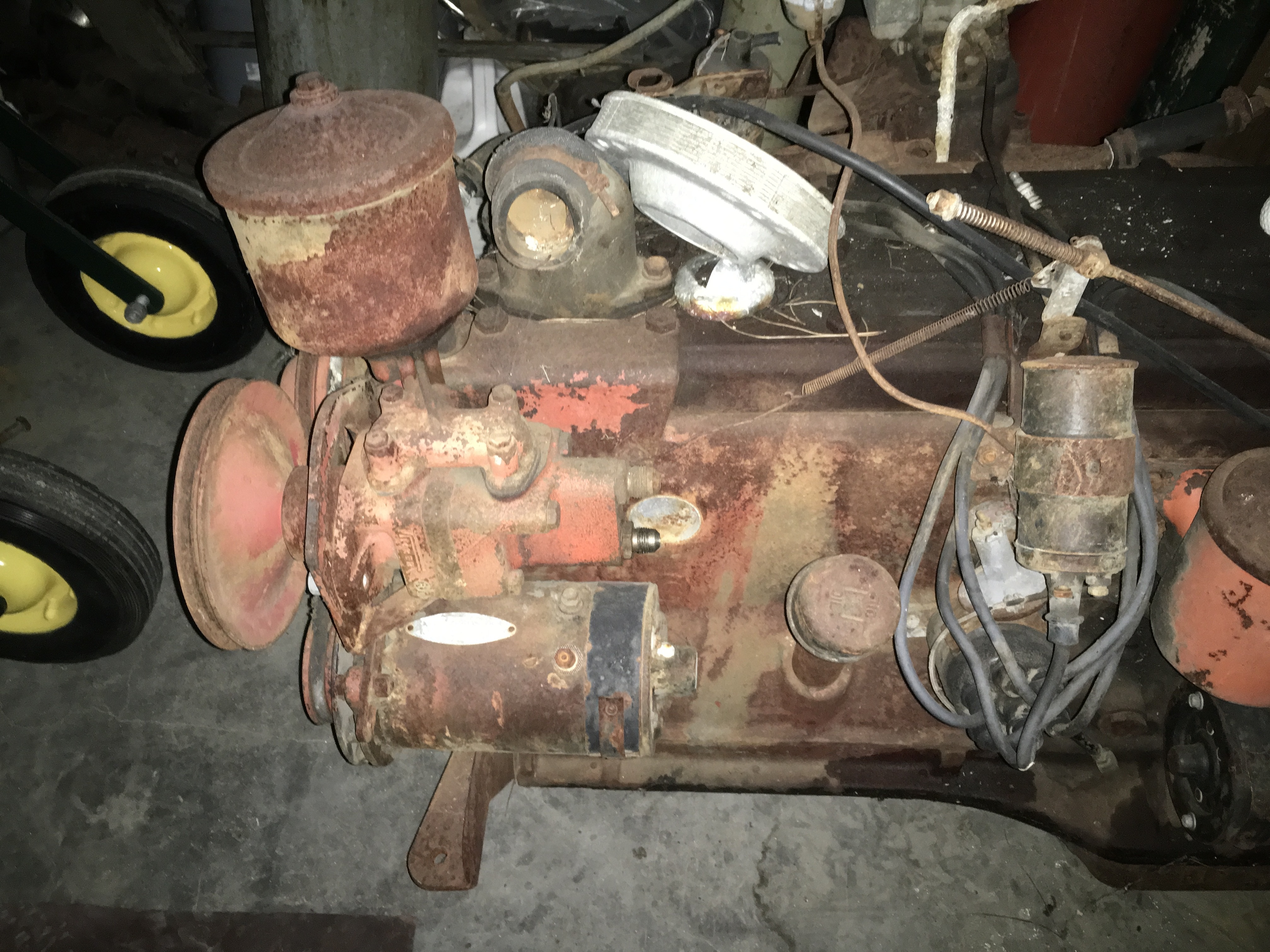 In the interest of staying true to the original design intent and manufacturer of the 1954 pump, the closest available product is the Vickers VTM42.  It is still being manufactured.  The major differences are the outlet and return locations. 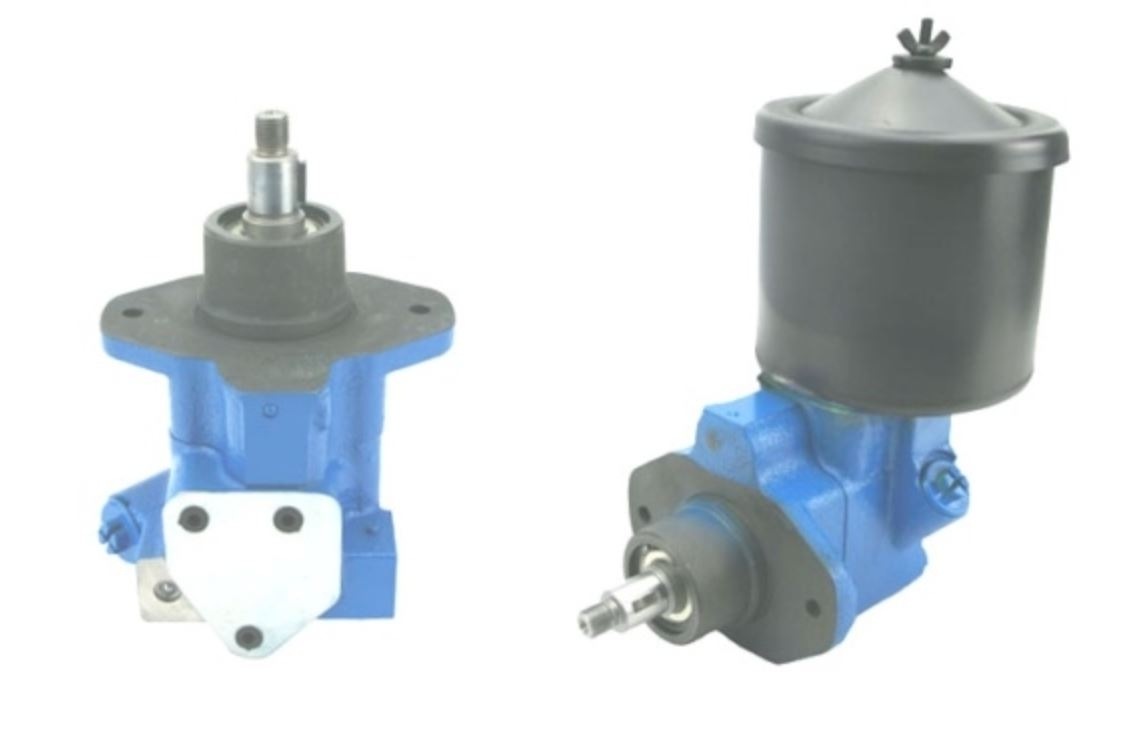 The VTM 42 is used in marine and truck applications, and this style of pump can be purchased for about $200.  Bracketry and pulleys have not been designed or sourced at this time.

The low cost route is to use a Saginaw power steering pump for about $50, but it looks like a "modern" PS pump.  The VTM42 would look correct in the engine compartment and would pass muster for a driver and/or local show car, however.  I suspect the mounting dimensions of the VTM42 are similar to the original 1954 pump, which would offer the ability to install an original at a later date - or - if you have PS already and the original pump went bad, this newer model might be a suitable replacement until the original is rebuilt.  the only issue I see is possible interference with the cooling system outlet hose, but an aluminum manifold can be fabricated to replicate the offset of the original reservoir.

I have to do something for my Hudson, as my wife is disabled and cannot drive a vehicle with manual steering.  She lacks the strength to turn the wheel at rest or at low speeds.  I've noticed I'm not as strong as I used to be - and I suspect I'll continue down this path as I get older.  By installing the system described above, I should be able to drive mine until I'm no longer able to drive.  The next caretaker can either leave it on, or return the steering system to manual with minimal effort. in any case, I'll have a power steering system which looks and functions similar to a 1954 system for about $1000.