Surmod Posts: 29Member
August 2022 in HUDSON
The pinion seal started leaking and removing it was fairly straight forward.  It is a Fitzgerald 84062 and Google tells me that it translates to a Timken 473446.  I decided it would be good to check out the bearing ( Timken 26112) and it was in terrible condition and so was the race ( Timken 26283) Hopefully they won't be too hard to trace down.
I'm concerned about the splined pinion bearing assembly.  Not sure why it's called that in the parts book because it actually seats up against the bearing and the seal goes around it.  Anyways the end that touches the bearing looks to me to be quite worn away.  There were 5 thin shims between it and the bearing.  The picture I've added shows the gap and it is about .020 though.  When I removed the castle nut on the end of the pinion shaft it was not very tight.  I estimated it to have about 20 ft. lbs. of torque.
I'm not sure what to do next.  I'm thinking to take it to a machinist and have the end of it surfaced and then have a custom washer made up that is .020 thick to make up that difference.
Between the differential housing and the pinion housing there were 6 shims.  3 thick ones and 3 thin ones.  I have no idea if they all need to be there and if the small 5 shims all need to be there either.  I've tried to read the on line service manual and it's very confusing and very vague.  Page 17 and 18 says "Pinion should have no end play and, should exert a sight drag when turned by hand.  Page 27 says just the opposite "Pinion should have end play and exert a slight drag when turned by hand.
All related pages suggest a back lash of .006-.008  So I'm guessing I have to remove the differential back plate and set up a dial indicator pointed at the ring gear to measure that.  Is that correct?  But how do I increase or decrease the back lash to get it within specs?

For those about to suggest this, yes I will be getting a speedi sleeve with the new seal. 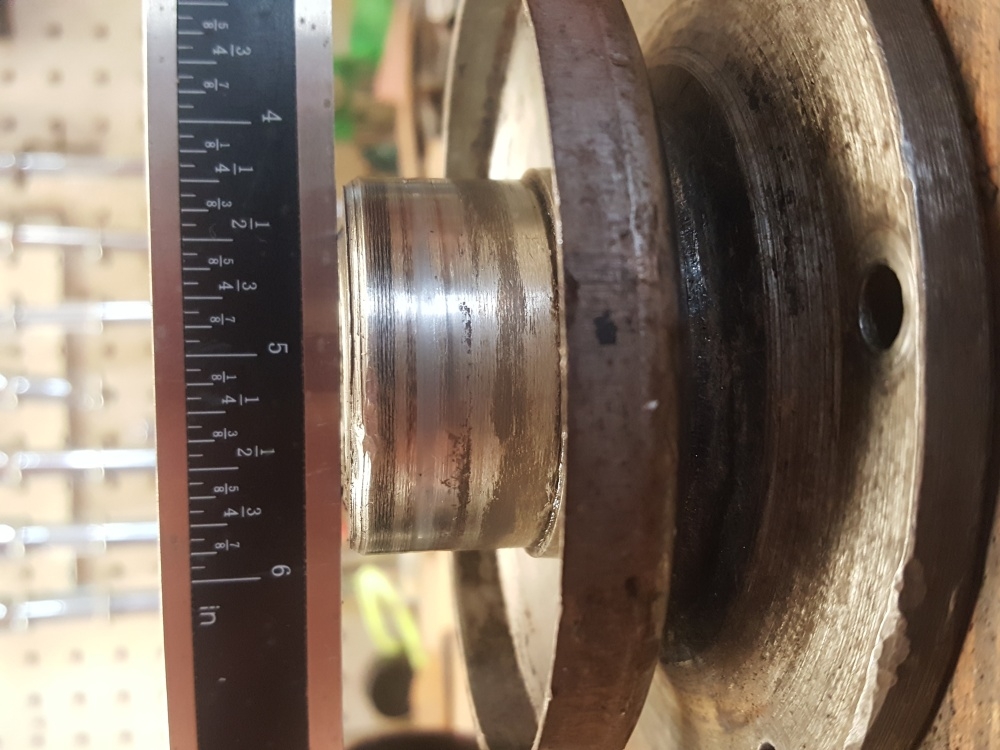