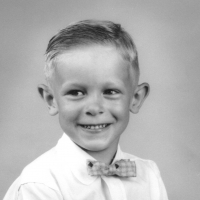 Hi everybody!  When I was in high school my first car was a 1950 Pacemaker sedan with a three-speed transmission (no overdrive).  My current ride is a 1951 Pacemaker sedan with the 232 engine and three-speed transmission, also without overdrive.  It’s been 50 years since I graduated from high school so my memory has faded a little with time, but I feel that my ‘50 was a much better driver than my ‘51 for a couple of reasons.

I recently watched a YouTube video of a gentleman in Minnesota driving a beautiful ‘50 Pacemaker coupe, cruising along at 60 mph.  I recall that on the few occasions when I took my ‘50 on the highway, I was also able to cruise at 60 mph without any trouble. In contrast, my ’51 can barely reach a top speed of about 45 mph.  I spoke with Randy Maas a few years ago, and he told me that 45 mph was about all I could expect with the engine and transmission combo on my ’51.  Were there substantial differences between the ’50 and ’51 models that would have such a negative impact on the cruising speed?

I also have a question about the transmission.  When I pull up to a stop sign, I have to be at a 100% dead stop before I shift into first gear, otherwise the gears clash.  I do not remember ever having this issue with my ’50.  Do other ‘51s have this issue or do I have a problem with my first gear synchro?

Thanks for any info or suggestions!