Hudson's with 6 pull down shades and a tool box on the running board. 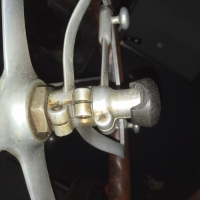 rhurst Posts: 161Member
July 2021 in Hudson 1916 - 1929 Yahoo Groups Archived Photos
What year and model Hudson had 7 pull down shades, only one taillight and a tool box on the running board.
Also wooden bumpers.  My guess is 1920 or 1921 maybe the first years with roll up windows.
Does anyone have any photos or knowledge about this Hudson?  The video I saw said it was a 1923 but my 1923 is very different.
Robert