Concept for multicarb Hudson intake that may be doable and affordable

50C8DAN Posts: 2,036Senior Contributor
January 2 in HUDSON
I am starting this new thread to see if anyone would be interested working on a new aluminum intake idea?  As I noted before Clifford is not going to do it and the adapters and other ideas that I and others have posted are mostly ones that are for V8s with the carbs turned 90° the wrong way to efficiently feed an inline engine, especially one that is long like the Hudson engine.  Just casting manifolds in aluminum would reduce the weight of the manifold by over 60% from cast iron.  I have attached my idea sketch below.  The standard Hudson Twin H was no slouch in air flow and well designed so why reinvent that, we can meld a Twin H with a stock 2 bbl manifold and have our cake and eat it too!  You can take this manifold and run it stock with 2bbl or Twin H, using the standard linkages, or go for performance and add a 2bbl and 2 x 1bbls.  I would think also you could do this on a progressive linkage.  It would be a Quad H design.  Also, unlike the Clifford proposal you can still use the stock exhaust manifold or headers.

If there is enough interest (Clifford had at least 15 interested, I would be willing to contact some small casting companies to see what it would take to make these.  They could be sold machined or as a rough casting, but machined would definitely be better.  My brother runs a machine shop if the casting company did not have that available. 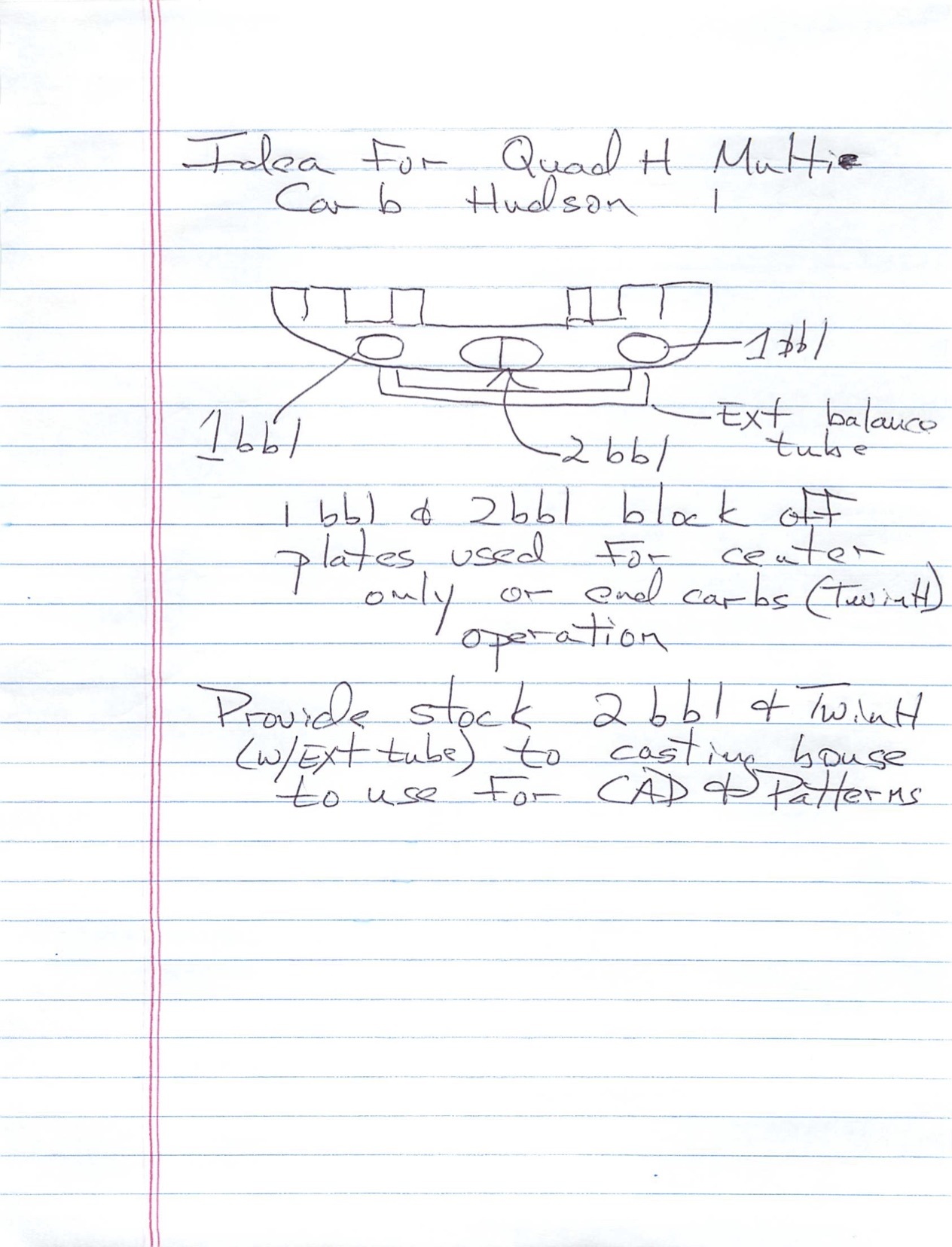