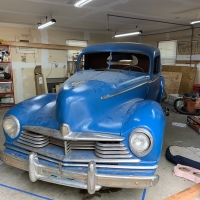 longlivelance Posts: 92Member
August 25 in HUDSON
I've been working on restoring a 46 Hudo pickup, which is my first restoration project ever. I did own a 47 pickup as a teenager, but it was in much better shape and did not require much work, so I didn't get much experience except for putting in a new wiring harness.

Now that I am a bit older, have some money saved, and, more importantly, a space to store and work on the truck, I am taking on my first real restoration project. I hope to learn as I go, but also to bring a Hudson back to life and give it some more time in our world.

I'm a little bit into the process and decided it would be good to start a thread to share & document the work, learning, and discussions around this restoration. So here it goes from the start to now.
I purchased this truck towards the end of 2019 out in Wichita, KS, and trailered it home to Texas. 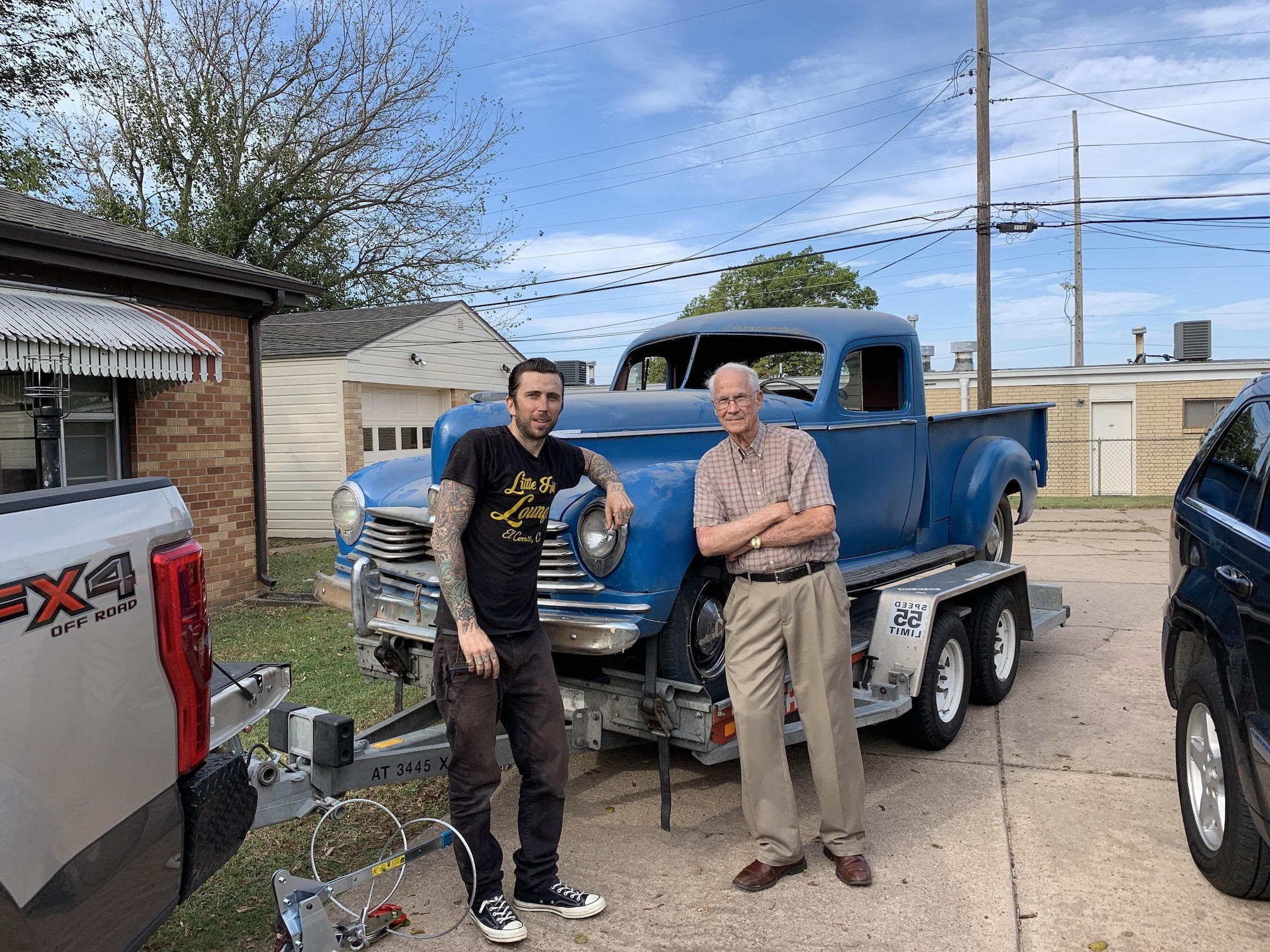 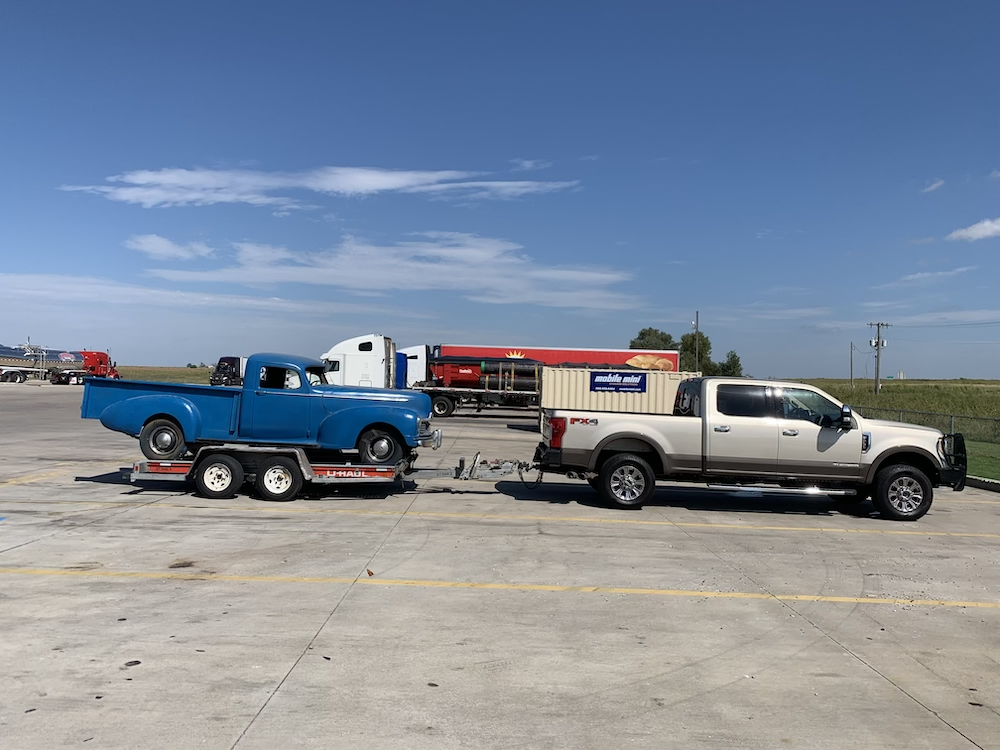 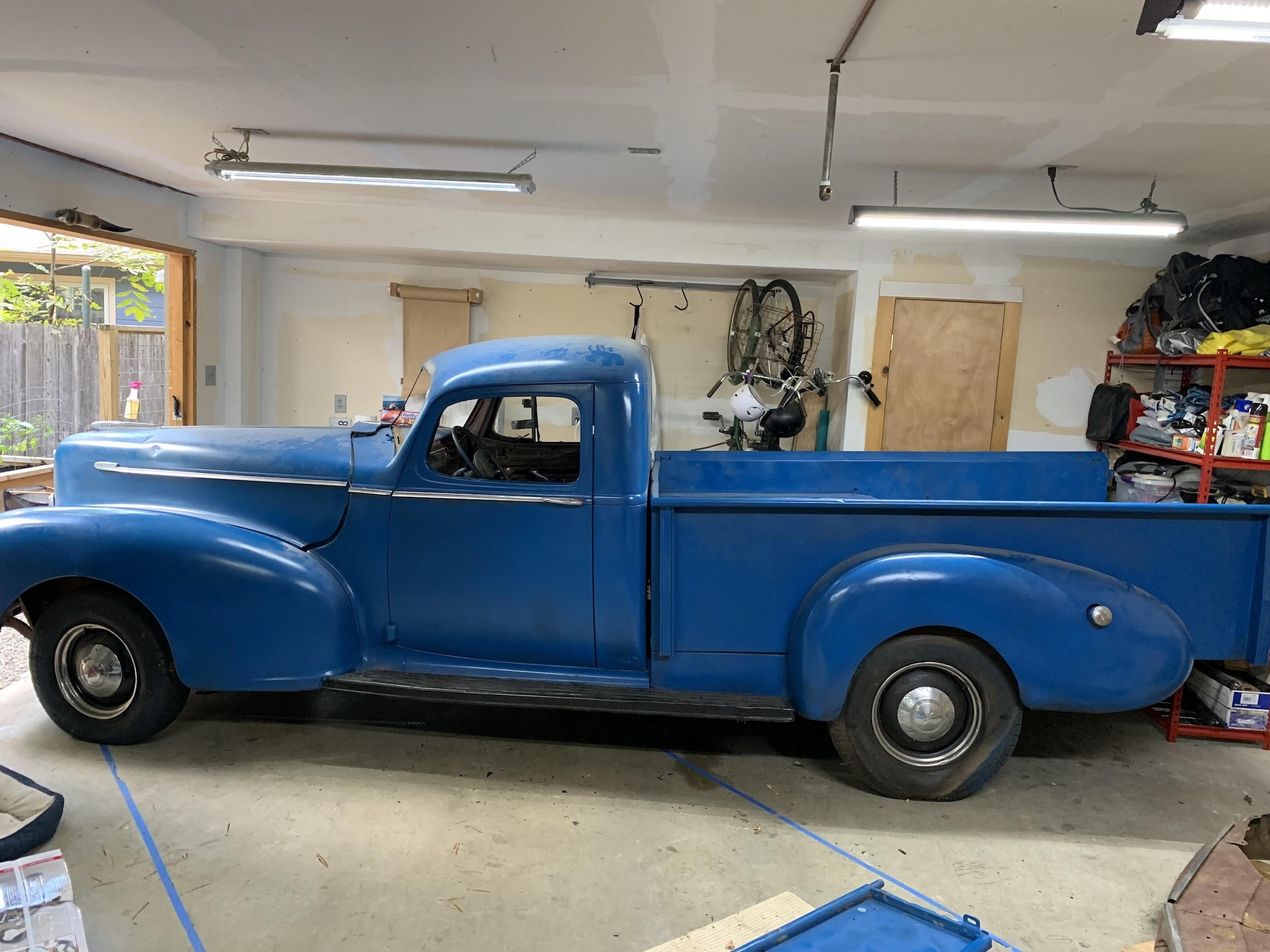 Once I got her home, the first thing I did was go through the motor. The condition was in surprisingly good shape for an engine that had not been started in who knows how long. The only real issue I found was a missing crankshaft pulley bolt and damaged screen filters in the oil pan.

I was able to clean up the receiving end for the bolt and get it installed. Lance Walker provided me with the bolt & Ken Cates supplied me with the special tab lock washer that goes around it.

Here is the condition of the pan when I first pulled it. There were gashes in the filter screens, but no metal chunks or shavings anywhere, so I am not sure what could have caused them. 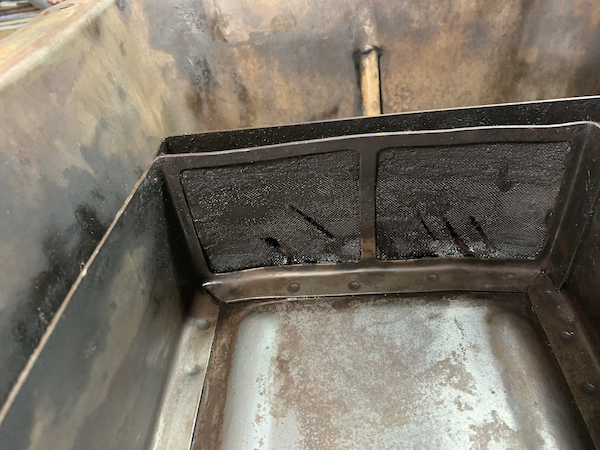 Here it is after I replaced the mesh. It was a total PITA, and my first time brazing anything. All in all, I think it came out decent.

With the oil pan checked, cleaned, and repaired, I moved on to making sure oil was getting pumped. It was, so next, I rebuilt the sending unit and was satisfied things were getting lubrication, and it was safe to get the engine started. 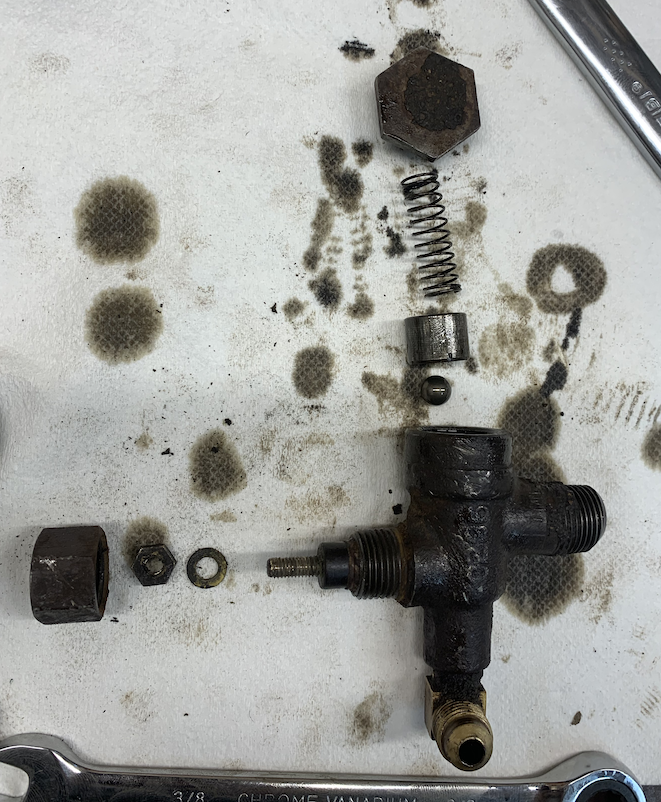 It didn't take much to get her going, and the engine sounded pretty good.

Now I wanted to drive it, so I moved onto braking. I found two of my drums had rusted all the way through. Al Saffrahmn & Lance Walker were able to help me with getting replacements. After tracking down the drums, and having them machined, we started on replacing lines, cylinders, shoes, and everything else.

Our local HET chapter here in Texas held a meet at my house where they taught me how to do brakes. Unfortunately, my parking brake situation was in pretty bad shape and totally seized. We managed to do the two front brakes, and with that, I had enough knowledge to do the rest on my own.

I removed all of the parking brake hardware and was able to free the cables with a few days of PB Blaster and some tugging. With the cables free, I cleaned up and painted all the hardware to be put back in, and finally, I was able to do the rear brakes. Thanks to all that came to that meet and helped educate me! I feel confident in my ability to take on any issue with the brakes now. 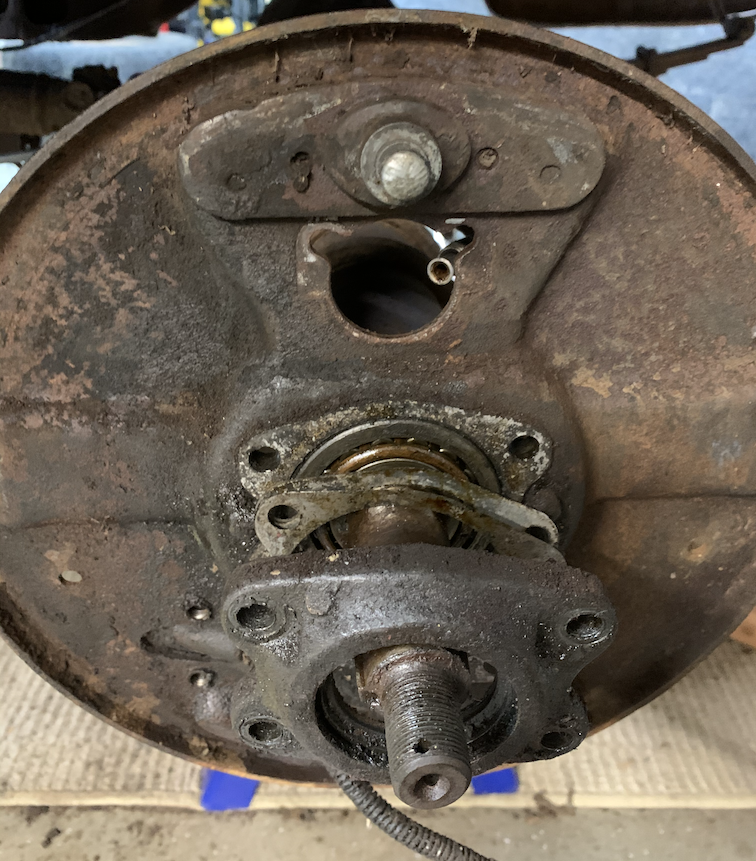 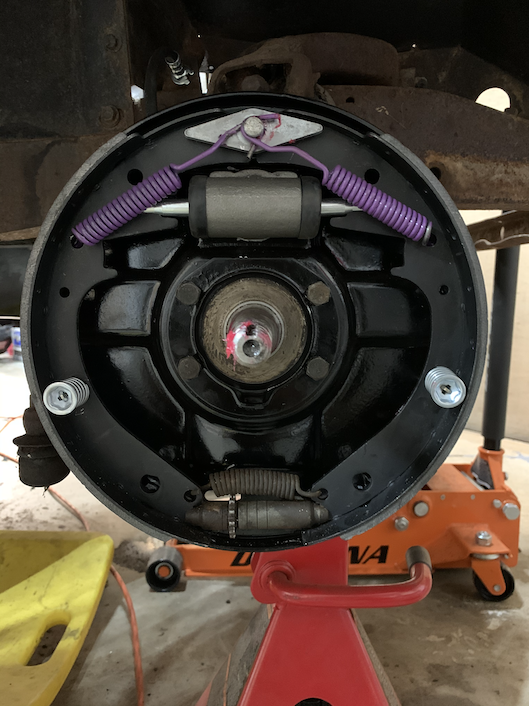 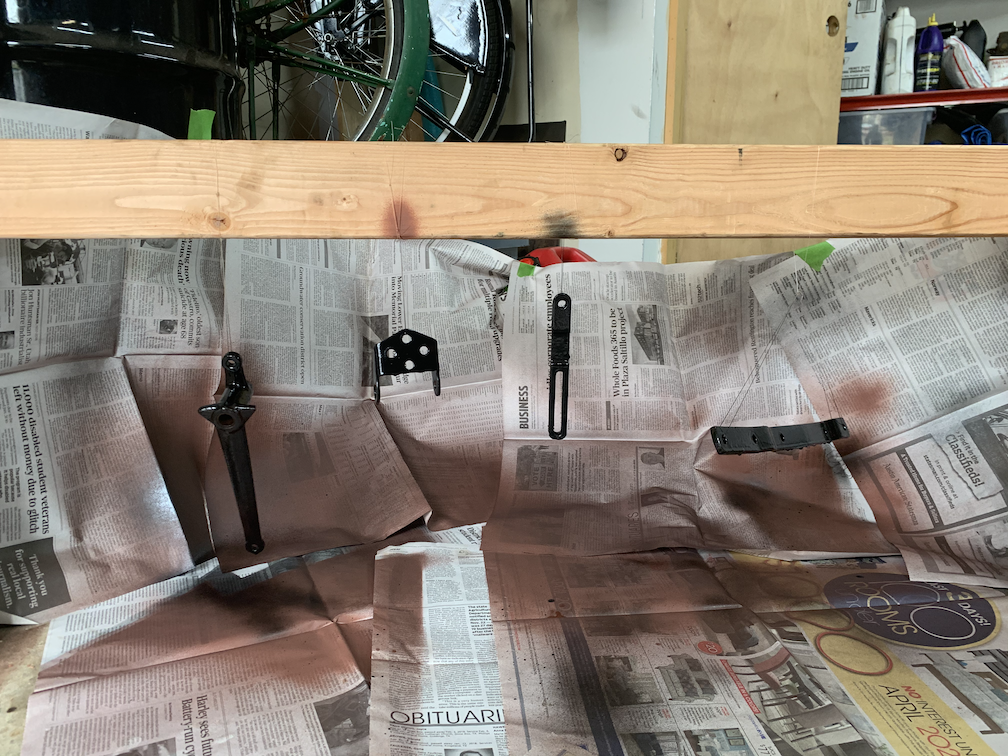 From there, I took it on its maiden voyage, and the brakes did what they're supposed to. Stopped the truck! The clutch felt good as well, and all gears engaged without issue. Now that I had a running truck that moved and stopped, it was time to start focusing on cleaning up the body and repairing what I could.

The front driver's fender was in extremely rough shape, and the metal was totally crumpled. I uncovered over 2.5 inches of Bondo covering it up. Yuck. Luckily, I was able to find a new truck fender, which I purchased and installed. 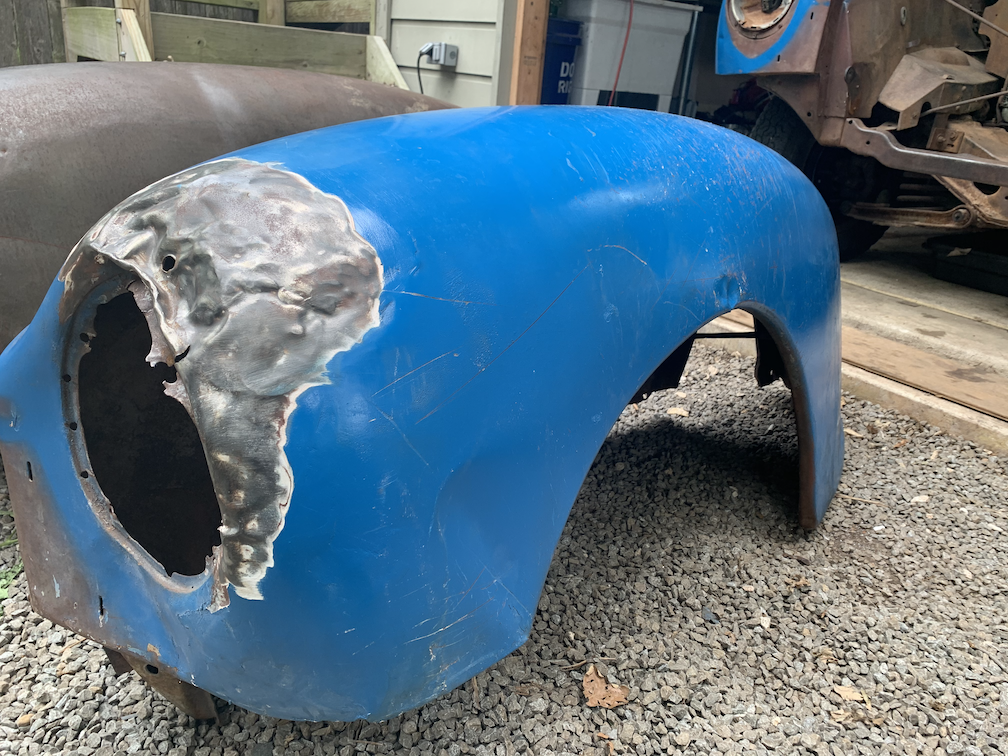 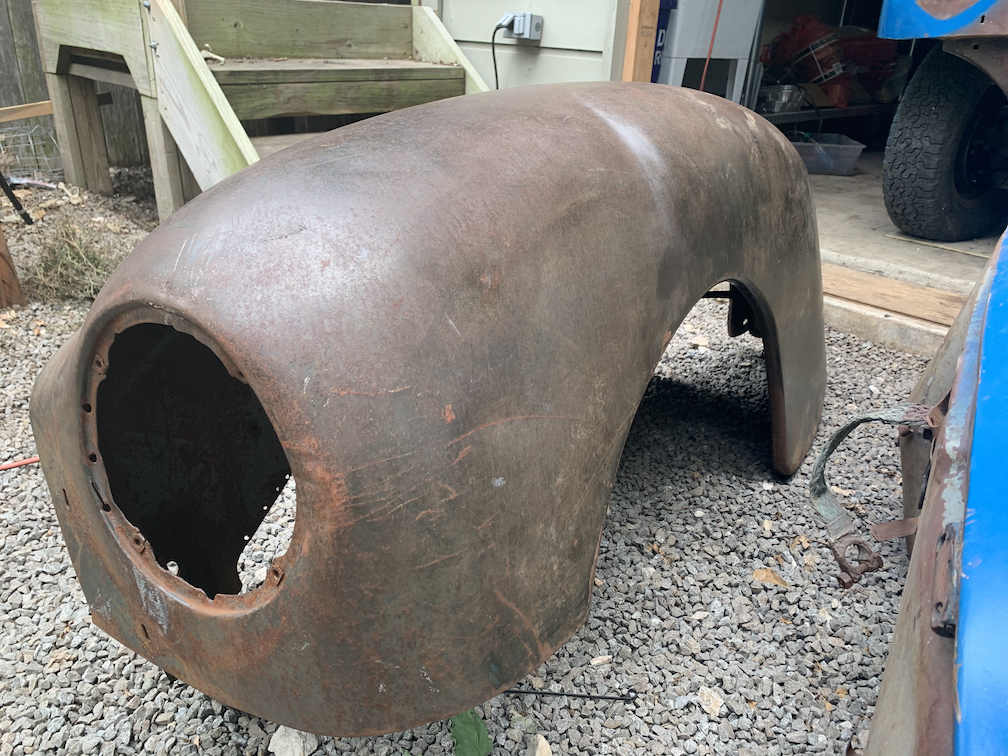 Next on my list, and where I am currently at with the project is sheet metal repair to the truck bed. It was pretty rough. I built a dolly to hold it and took it off the truck to start working on. Its tailgate was in very poor shape, but I was able to purchase a new one from Cary out in Utah. (On a side note, his father Glenn helped me purchase my first Hudson Pickup when I was 16. I can thank him for making my crazy dream of owning a Hudson pickup at 16 actually come true. So it is kind of cool to have a piece of that in my new truck as I believe he had these tailgates made.)

At some point, someone welded in a fix for the rear sill, which is not even close to what it should be. I had a proper one bent, and I plan to install it as I repair the bed. 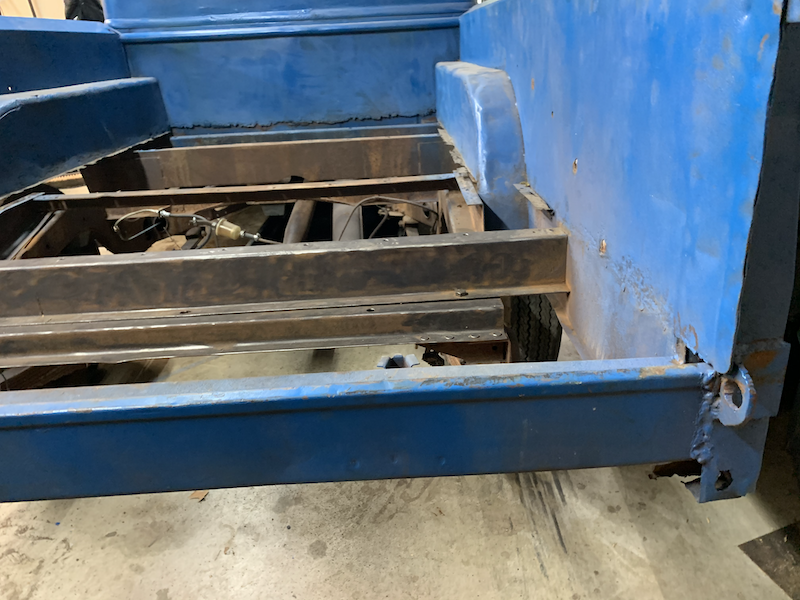 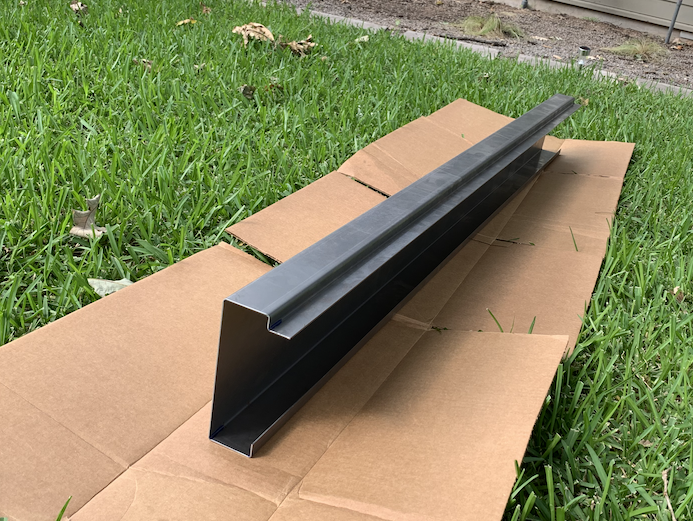 But first, I want to repair the rust through on the front bed panel. I considered just repairing the rust, but the tubing and rest of the panel we're in bad enough shape that I decided to make one from scratch. 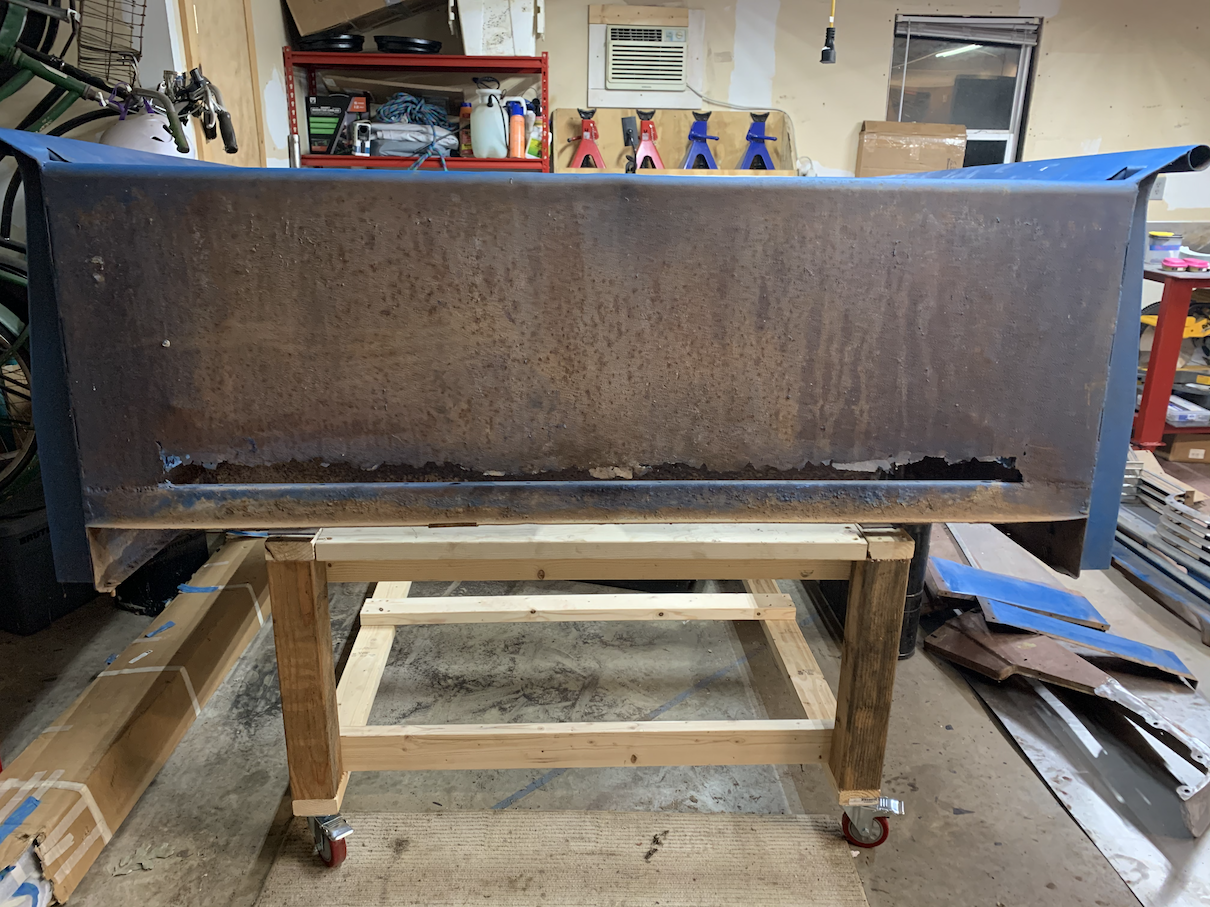 That is where I am currently and hopefully my next update on this thread will be that completed panel and its installation.