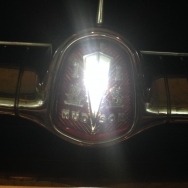 Max162 Posts: 53Member
September 2019 in "How To" - Skills, mechanical and other wise
Hello all, I have a question regarding the cooling sytstem.

While doing some maintenance on my 54 Super Wasp, I noticed that the coolant level was low inside the radiator. I did filled it, but in order to complete the job, I must get rid of any air that is inside of the system. Though the shop manuals seems to not tell anything, I'm wondering if there is a way to purge it, as I don't want to have the engine overheat because of any air bubbles in the cooling system.

I'll be also checking if it's not something else I can do in the meantime.