[Deleted User] Posts: 0
September 2019 in HUDSON
I've spent decades now researching Stepdown Hudsons.  I've always discounted the Eights, as they're holdovers from another time, complete with 3" pistons and a1930's era 4.5" stroke.  Now that I live in the mountains, however, the idea of a smooth, low revving eight with gobs of torque is kind of attractive.  I know it's a dated design - with splash lube and all - but in my internet tube travels, I see the intake and exhaust architecture would support a 2x2 custom steel fabbed intake and a Duesnberg style tapered header to the front of the engine.  I ran some quick numbers, and the engine's output would rival a 308 after an overbore.  I cit my teeth on babbited bearings, so that's not a hindrance to making a mild modified straight 8.

Am I missing something? Is it possible to make a mild straight 8 and have it live with a few extra ponies? 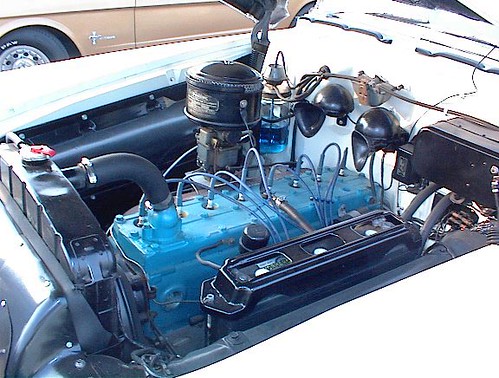